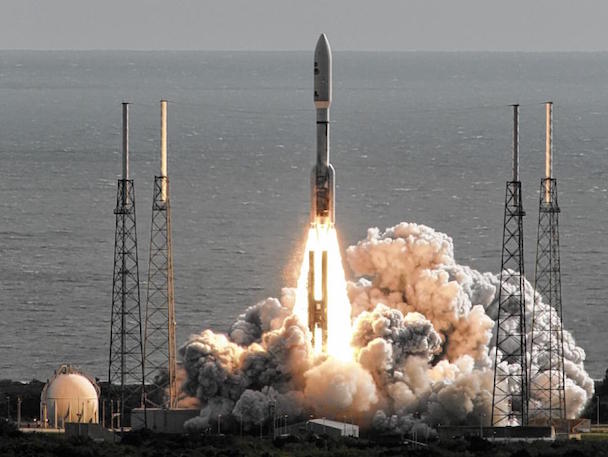 Shortly after Apollo 11, Wernher von Braun, one of the fathers of rocket science, proposed that we develop a reusable Nuclear Thermal Propulsion (NTP) rocket to colonize the Moon. Today, NASA engineers are still struggling to pick up where he left off. An interesting technical report that NASA prepared for the Space 2013 Conference and Exposition has recently been released. In it, we can find some of the latest, and oldest, ideas for a NASA-made nuclear thermal rocket that would take us back to the Moon. On the 20th anniversary of Apollo 11 in 1989, President Bush proposed a Space Exploration Initiative (SEI) that would lead to commercial missions to the Moon. Although the original plans called for LOX/LH2 engines to be used at the lunar transfer stages, NTP rockets were later introduced as a viable option because of their high thrust, roughly double specific impulse, and high effective exhaust velocity. A thermal heater using inert propellant instead of the reactive propellant of traditional chemical rockets, while having its own unique safety issues, would not as easily go boom whenever there is a problem. The overall gross lift-off mass of a nuclear rocket is roughly half that of a chemical rocket, and when used as an upper stage the payload carried to orbit can potentially be tripled. The A3 test stand at Stannis Space Center, which NASA was forced by Congress to complete, at great expense, even though it was no longer required.

In 2004, NASA’s Constellation program was begun to develop the building blocks necessary to put a four-person crew on the Moon. By this time nuclear propulsion had begun to be seen as an integral part of the mission and 20 rocket reactors were designed, built, and successfully ground tested. After five years of work, the Constellation program was largely scrapped by the Obama administration (except for the Orion portion) as near-Earth asteroid fever had begun to set in. Incredibly, the cancellation has not stopped pork politics from continuing to build $350 million launch towers in favored states for rockets that will never be built. (Perhaps they intend to repurpose them for giant turbine bases?) In one conception, a nuclear thermal rocket uses a compact fission reactor core that contains 93 percent enriched uranium-235 fuel. 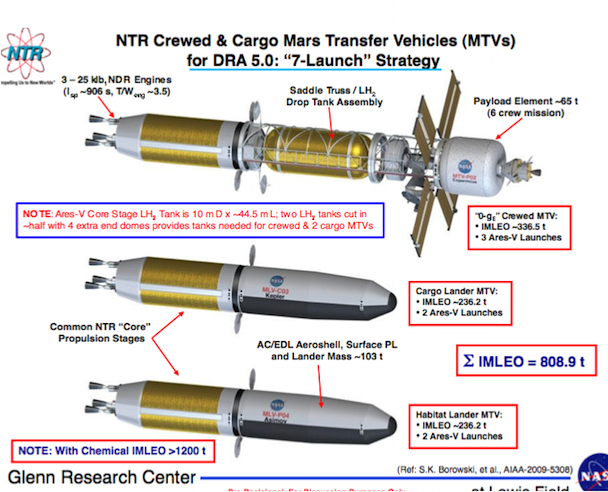 Hundreds of megawatts of thermal power is required to required to heat liquid hydrogen propellant to create thrust. But that is not the only way to power a rocket with nuclear energy. Many will recall an even more ambitious project — the real Orion — that was created by Freeman Dyson and Ted Taylor. This enormous machine would explode nuclear bombs and absorb their energy with a massive shock-absorbing pusher plate. Rumor had it that the rocket would travel so fast that the bombs would actually be ignited while still inside the central release shaft in its center before they exited out the back, although that may be questionable. 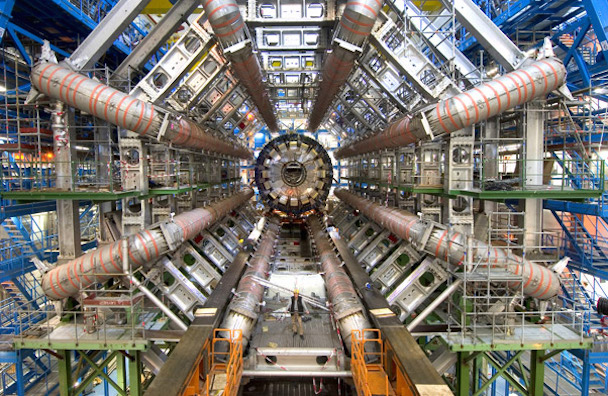 While ET readers may know about Dyson from his famous Dyson Spheres, fewer would have heard of Taylor. It befits the time of year that Taylor was also the author of the whimsical “Santa Claus” machine that arguably kicked off this whole business of nanotechnology we hear so much about today. As described in Nigel Calder’s book Spaceships of the Mind, this device would essentially be a huge mass spectrometer with an ion beam that separates its input feedstock into its constituent atoms, and bins them for use by subsequent atomic assemblers. We can imagine this process to be like our digestive system breaking down proteins into their constituent amino acids so that the body can then build them back up again in its own image.

The seeming failures of the Alvin Weinberg’s nuclear airplane, and the nuclear rocket, are not just fascinating historical stories, they are lessons for how any new technology might best seek its maximum potential. Ultimately, you need to strike when the iron is hot and keep on striking as long and as hard as you can before the forces of mediocrity — regulations, test bans, and treaties — catch up and bury us. ( By John Hewitt from ExtremeTech.com )