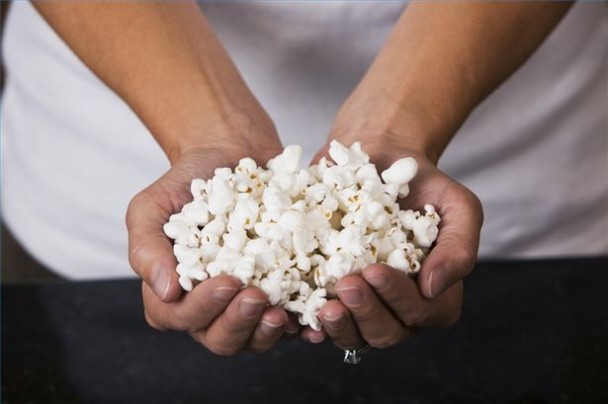 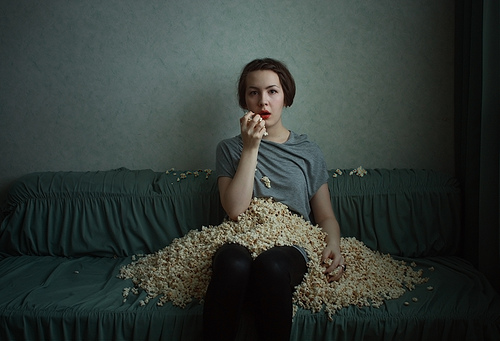 Air-popped corn contains less than 100 calories in a serving while corn popped in oil has about twice as many calories. It turns out that the popcorn hull, in spite of its aggravating tendency to get stuck between the teeth, is a nutritional powerhouse. The concentration of polyphenols and fiber are even higher in the hull. Vinson called them “nutritional gold nuggets.” While this is great news for popcorn lovers, it does not diminish the role of fruits and vegetables in the diet. They contain essential vitamins and minerals as well as other phytochemicals not found in popcorn. Popcorn may be the perfect snack food if prepared correctly. 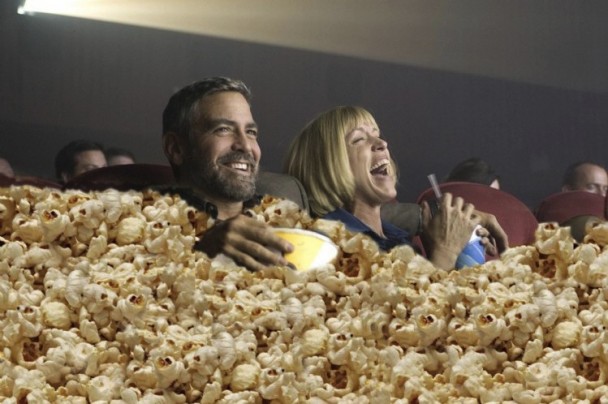 Air-popped popcorn is low in calories and fat, high in fiber, and contains no sugar or sodium. Cooked in a lot of oil, drowned in butter, and heavily salted, such as movie theater popcorn, it quickly becomes a nutritional nightmare. Microwave popcorn is roughly 43 percent fat while popcorn cooked in oil is about 28 percent fat. The Dietary Guidelines recommend at least three servings of whole grain foods each day, and a serving of popcorn fulfills one of those. Three cups of popped corn is considered a serving. Air-popped corn contains less than 100 calories in a serving while corn popped in oil has about twice as many calories. 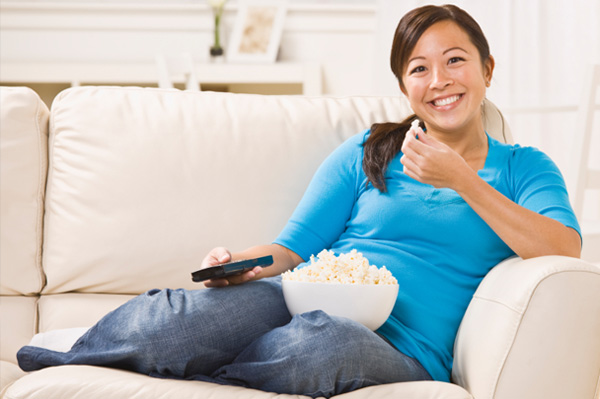 The American Academy of Pediatrics recommends that children under the age of four not be served popcorn because of the risk of choking. A special “hull-less” popcorn has been developed for people who have dental problems or need to avoid popcorn for other reasons. While it is not truly hull-less, the kernel is smaller and the hull is softer. When it pops, the hull shatters into tiny pieces, making it appear to be hull-less.