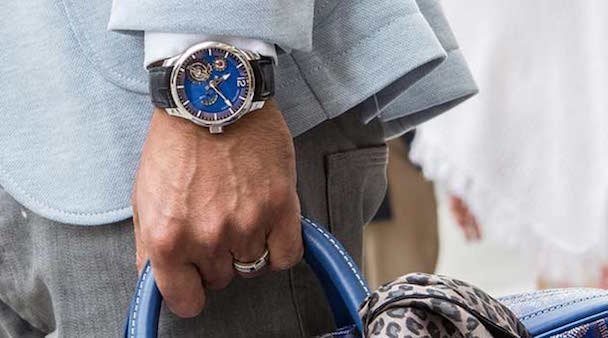 With the rise of digital devices that tell time, track your steps and even pay the dinner bill, it would seem that the demise of the mechanical watch would be fast approaching. But in fact, high-end timepieces are doing just fine. Last year, Switzerland exported a record $24.3 billion worth of them (which says nothing of the equally booming vintage business). And while the Apple watch, which launched in April and sold an estimated 2.5 million units in its first quarter, is likely to affect those numbers, most traditional producers are taking their smart competition in stride. 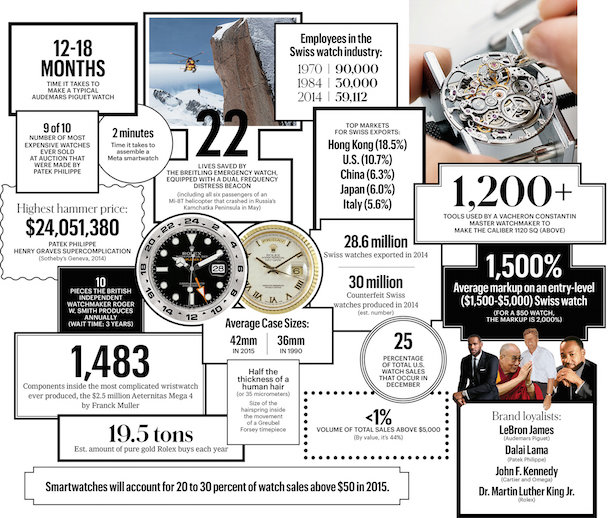 After all, they survived the ravages of the 1970s, when quartz technology made 60,000 watchmakers obsolete. Indeed, the Swiss are in the midst of a horological renaissance in which dedicated collectors wait years — and pay millions — for timepieces that make up for their lack of digital functionality with analog elegance and a promise: Given regular servicing, they’ll run in perpetuity. ( By Victoria Gomelsky from nytimes.com )