The Bill and Melinda Gates foundation has awarded $1m in research grants to develop a sheath that ‘significantly preserves or enhances pleasure’. It’s been hailed as the new wonder-material, set to revolutionise everything from circuit boards to food packaging, a magic super-strength membrane that is barely there at all. Now, thanks to the unlikely sex champion Bill Gates, graphene could be used to make the thinnest, lightest, most impenetrable condom ever conceived. “The common analogy is that wearing a condom is like taking a shower with a raincoat on,” says Dr Papa Salif Sow, senior program officer on the HIV team at the Bill and Melinda Gates Foundation, which has awarded $100,000 (£60,000) to scientists at the University of Manchester’s National Graphene Institute to aid their pursuit of the ultimate super-sheath.

“A redesigned condom that overcomes inconvenience, fumbling or perceived loss of pleasure would be a powerful weapon in the fight against poverty.” At only one atom thick, an all-graphene condom would put the Durex Ultra Thin to shame – although the fact that the material is barely visible to the naked eye could lead to some awkward moments between the sheets. A slight ruffle of the duvet and could it just float away? Dr Aravind Vijayaraghavan, who will lead the research team, explains the focus is on developing a composite material, with latex, “tailored to enhance the natural sensation during intercourse while using a condom, which should encourage and promote condom use.” I

t will be achieved, he says, “by combining the strength of graphene with the elasticity of latex to produce a new material which can be thinner, stronger, more stretchy, safer and, perhaps most importantly, more pleasurable.” But Vijayaraghavan and his colleagues are not alone in their pursuit. The Gates Foundation has declared it will give out a total of $1m in grants to secure a next-generation condom that “significantly preserves or enhances pleasure” – and there is no shortage of competitors. Beef with your condom? … Reconstituted collagen film from beef tendon, which could be used for condoms. Beef with your condom? … 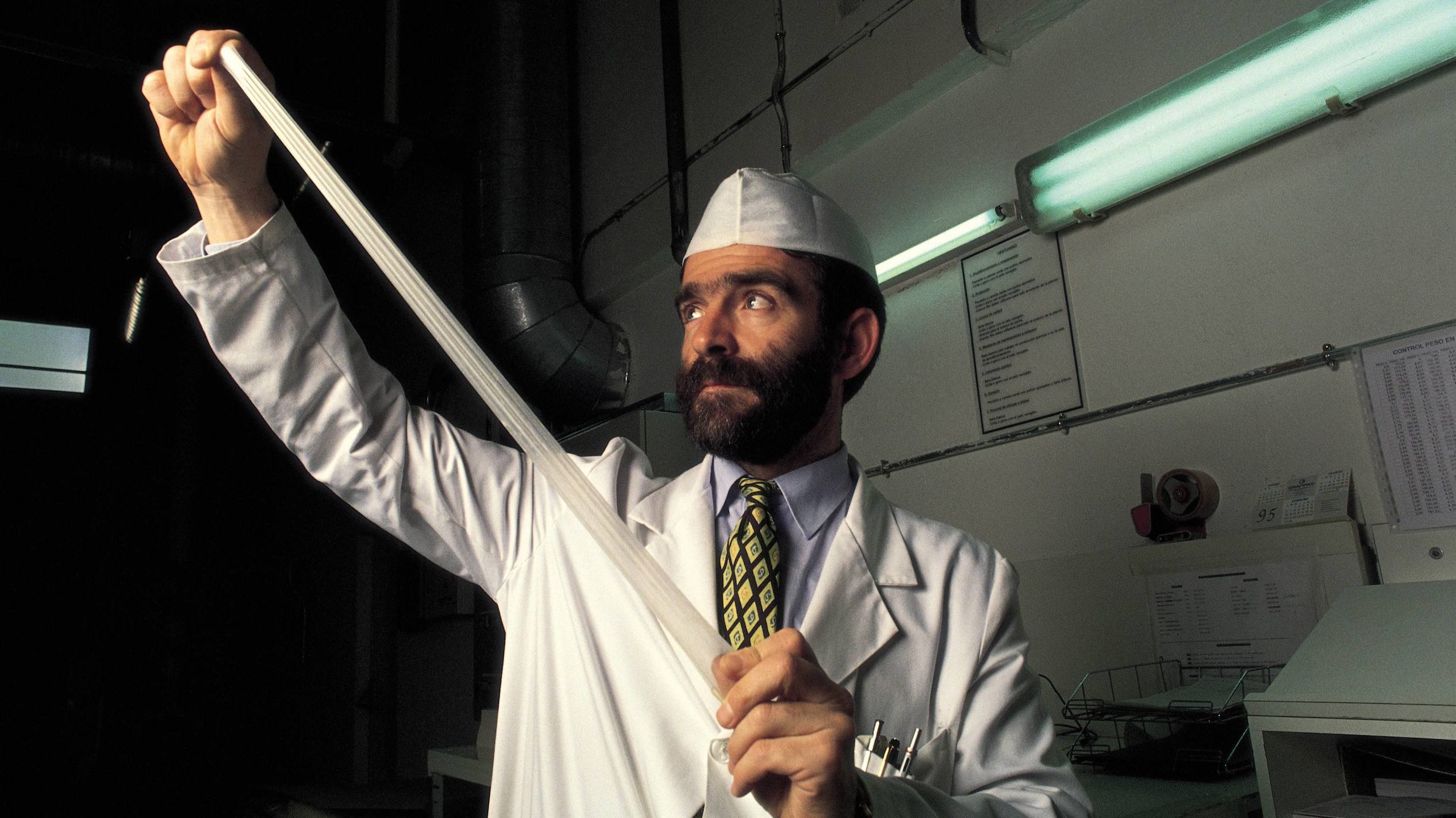 Reconstituted collagen film from beef tendon, which could be used for condoms. Researchers at the University of Oregon are using their grant to develop an ultra-thin polyurethane polymer condom with “shape memory” properties, that would vacuum-seal around the penis as it heated up during intercourse. The body heat generated during sex would make the condom’s molecules retract, creating a snug fit twice as thin as the normal latex variety. If shrink-wrapping your manpiece isn’t enough, it comes embedded with antimicrobial nanoparticles, to guard against sexually transmitted diseases. If this all sounds too techy, then perhaps Mark McGlothlin, of Apex Medical Technologies in San Diego, has the answer.

“A lot of people are trying to get stronger and thinner material – that was always my focus,” he told the New Republic. But why innovate, when the material already exists – in the form of collagen fibrils from cow tendons. After all, didn’t people manage for centuries with sheep intestines? “The texture of collagen is very much like the mucous membrane,” he said. “The feel of it, the heat transfer of it, and to the touch, it feels very much like skin.” McGlothlin plans to source his beef tendon from a Chinese food store in California, but he says that slaughterhouses, or even fish markets, are other potential sources. Next time you’re at the butchers, you might think twice before turning your nose up at that bag of offal. ( By Oliver Wainwright from www.theguardian.com )