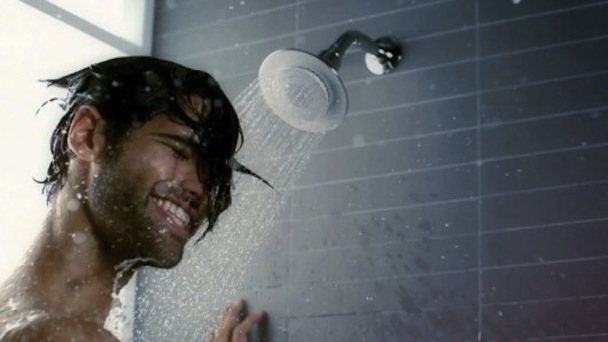 Whether you like to sing along to your favorite tunes while in the shower, or just listen to them, speakers and water don’t usually mix. You could try using a waterproof iPod shuffle, but where would you clip it? Instead, you might want to go with Kohler’s new Moxie shower head, that features a built-in wireless waterproof speaker. The speaker can be paired with any Wi-Fi-enabled music player, receiving its signal from a distance of up to 32 feet (9.75 meters). It has an integrated lithium-ion battery, that should deliver about seven hours of playtime per charge – an integrated light will indicate when it’s getting low. At that point, the magnetically-attached speaker just pops out of the shower head body, and can be recharged via an included USB cable. 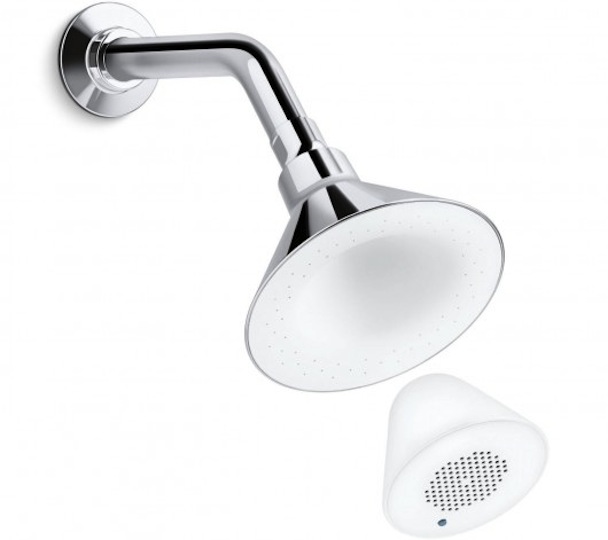 Once removed, the speaker can also be taken away and used in other locations, such as swimming pools or beaches. The shower head itself has 60 angled nozzles, and can be set to an output of either 2 or 2.5 gallons (7.6 or 9.5 liters)-per-minute. Of course, there are other ways of listening to music in the shower. There’s the H2O Power radio, for instance, that’s actually powered by the running shower water. There’s also the iShower, a waterproof speaker that – like the Moxie – receives a Bluetooth signal from a paired device. It doesn’t mount inside the shower head, however, which means that you can’t look up and sing into it, as if you’re Lemmy Kilmister from Motorhead. ( By Ben Coxworth from www.gizmag.com  – Photo: Shutterstock ). The Kohler Moxie is priced at US$199. It can be seen in use in the video below.